By uniting their community, they’re forging a Rust Belt revival in this historic coal town

Meet the finalists for The Renewal Awards, a project of The Atlantic and Allstate. These individuals are the forces behind the 25 nonprofits competing for $150,000 in grant money. Ten winners will be announced March 27 at The Renewal Summit in New Orleans, on TheAtlantic.com, and here, on The Renewal Project.

Hazleton is a small community in eastern Pennsylvania that has seen a lot of change in the last half century. A once-thriving town full of coal and manufacturing jobs, Hazleton struggled along with the rest of the Rust Belt, and its population declined, hitting a low point in the early 2000s. It was around this time that Hazleton experienced a sharp demographic shift with an influx of Latino families, who were drawn to the region for its affordable housing and new warehouse jobs.

Today, Hazleton is a community made up of many cultures. The Hazleton Integration Project, or HIP, creates community bonds by hosting educational, athletic, and cultural activities for families in need. Bob Curry is the nonprofit’s founding president. What started as a conversation with Hazleton native and Chicago Cubs Manager Joe Maddon in 2010, has blossomed into a bustling community center that residents can be proud of. We asked Curry to tell us more about how Hazleton is changing and the ways that HIP is serving the families who call it home. The following is an edited and condensed version of our Q&A. Follow HIP on Facebook, Instagram, and on Twitter at @Hazleton_1.

What are some of the projects that Hazleton Integration Project is working on now?

Meet the finalists for the third annual Renewal Awards

We currently operate Pennsylvania state-licensed education programs Time2Learn, a bilingual Pre-K program; and HIP After School Scholars, an enrichment based, STEAM-leaning after school for nearly 100 students from a distinctly underserved, largely minority, community. Following our after school program, we operate extensive athletic activities in our gym engaging youth throughout their high school years in basketball, baseball, volleyball, and soccer. In 2017 we began work on a project that will turn an unused 2-acre parcel of land into a pristine nature park with solar lighting, trails, and nature walks. It will be the only park of this type in the area.

For our efforts in our community, we have been honored with the 2014 Pennsylvania State Education Association Human and Civil Rights Award, the 2015 Latino Pride of Place Award, and the 2017 Luzerne County Peace Center’s Peace and Justice Award.

Tell us about the Hazleton community.

Hazleton is a small city, currently 25,000 residents, that flourished during the days when coal was king. As coal began to die out in the late 1950s, a number of industrial parks sprang up providing manufacturing jobs and livable wages to a stable population. In the mid-1960s, Hazleton was declared an All-American City. Unfortunately, the 1970s brought a high degree of unemployment as manufacturing jobs began to drift abroad; the resulting hardships deeply affected the nearly all-white population. Population began to dwindle reaching as low as 22,000, as younger college educated citizens began a steady migration to larger cities for economic opportunities. Manufacturing gave way to warehousing and the available low skilled/low pay jobs were taken largely by a newly arriving immigrant population, most of them of Latino heritage. According to the U.S. Census, Hazleton went from 4 percent Latino in 2000 to 40 percent by 2010. This demographic shift has continued to where current estimates project a population that will be majority Latino by 2020. 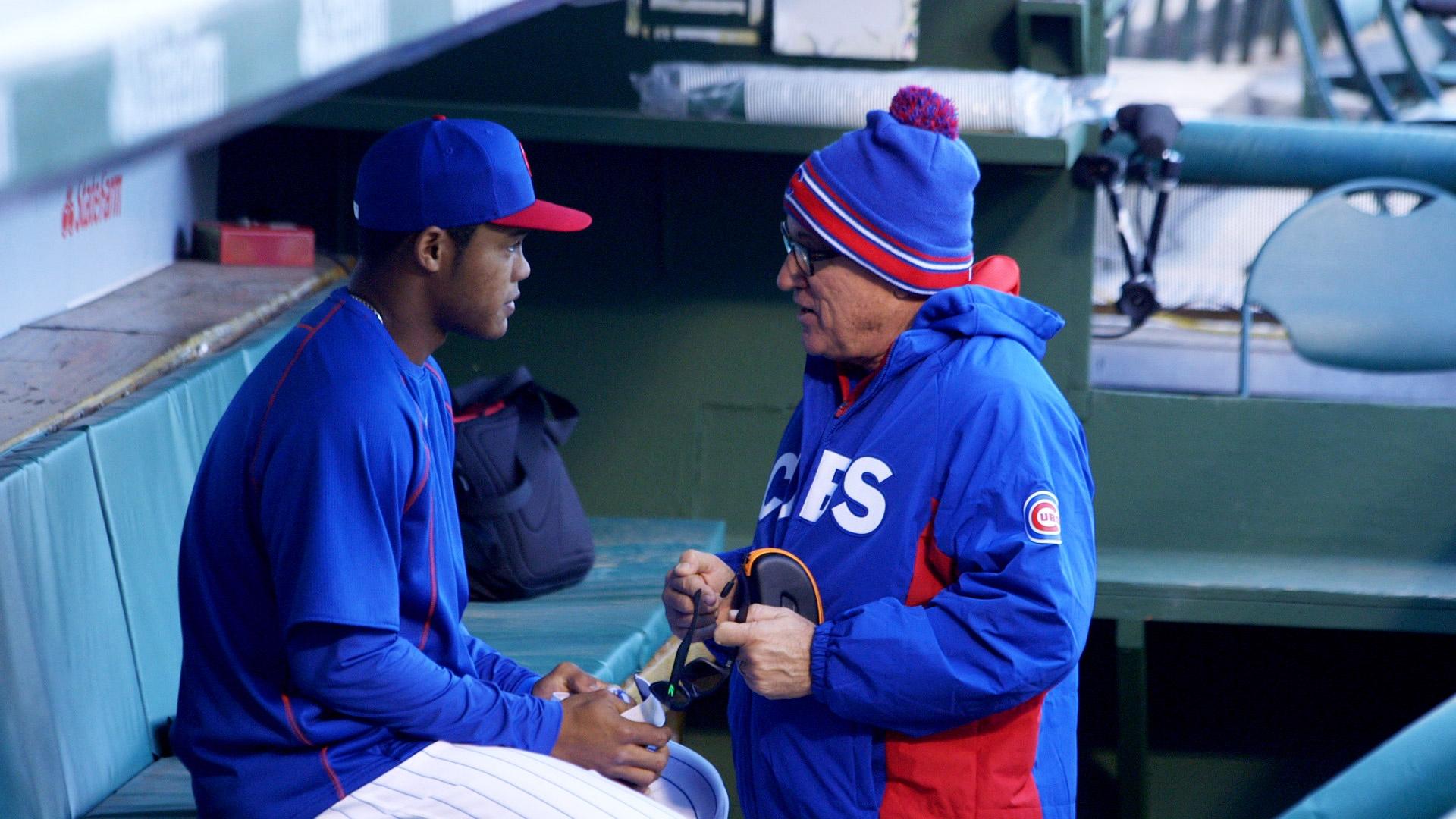 Joe Maddon won a World Series; what would a win look like for his struggling hometown?

The new immigrants brought a new vitality with them. Population began expanding and the average age of city residents shifted downward as many of the immigrants were families with young children in tow. The new immigrants also brought a share of problems with them, as needs for municipal services exploded and the school district needed to adapt to a rapid expansion and a spiraling need for services for English Language Learners. The recession of 2008 crushed the real estate market in Hazleton and offered no relief for either municipalities or the school district as the tax base actually declined. When we began to develop the Hazleton Integration Project, tensions between the long-standing residents and the new immigrants had reached an all-time high.

How did you start your community work?

As a boy attending a fully integrated school in Philadelphia in the 1960’s, my family went on a vacation by car to Florida. While driving through the deep South, I witnessed first-hand the abject poverty and cruelty endured by minorities, and even in my young mind I understood it was just appallingly wrong. Although I certainly did not make any kind of dramatic, solemn vow at the time, those images stayed with me. Given the chance to try to help change that paradigm 50 years later in the community I call home was an opportunity I couldn’t refuse.

What inspired you to do this work?

Manager of the Chicago Cubs and Hazleton native Joe Maddon and his wife Jaye sat down with my wife and I in 2010 and we began to discuss the issues facing our community. Tension and miscommunication between the traditional residents of largely Polish, Irish, and Italian descent and the newly arriving Latino immigrants was tearing the city apart. We all thought the city was in the process of dying a self-inflicted, slow death. But all of us also believed very strongly that the actual differences between us was far less important than the basic humanity we shared. We fully understood something had to be done to help get our city back on track, and together we seemed to be positioned to do it. The idea of a community center where children could come together in a safe environment to learn and play seemed to be a great first step.

What ways are you helping to make your community thrive?

Since opening in June 2013, the Hazleton One Community Center has quickly becoming a gathering place for the community and a safe haven for children. In addition to the children’s programming, we teach ESL to 100 adults annually, and we host citizenship classes and GED courses. Every single week more than a thousand people come through our doors. With the help of a few key corporate partners we have built a brand-new playground onsite, and we are scheduled to complete work on the HIP Nature Park this Spring. With just over four years of operation, our organization has become a vital resource in the city of Hazleton.

What do you love about your community?

There is no pretense in Hazleton. The people are hard-working, down to earth, and very real. When people tell you something, whether you agree with them or not, they are telling you what they really feel. I also love the fact that in the past 10 years, the city has become incredibly diverse as well. The richness of the island cultures, predominantly from the Dominican Republic and Puerto Rico, has had a profound and positive impact on the food, the music, and the day-to-day life in the city. Festivals honoring many different ethnicities are held throughout the city during the summer. We are truly starting to resemble some of the nearby, much larger cities in terms of the richness that diversity brings.

What’s one thing you want outsiders to know about your community?

Hazleton is too often portrayed in a negative light in the media. Common words used to describe the people are “under-educated” and “coal crackers,” which is another way to say, “stubborn.” The term “hard-scrabble” has been used ad nauseum to describe the city. What is mostly missed about the people in Hazleton is the fact that they have bigger hearts than anywhere I have ever lived. They are warm, deeply compassionate people on an individual basis who will give you their proverbial shirts off their proverbial backs.

What leader or leaders inspire you?

First and foremost, Joe Maddon. Many celebrities “wax rhapsodic” about the communities where they grew up, only to jump on a plane and leave the communities that helped nurture them far behind. Joe is as successful as anyone, having achieved wealth, celebrity status, and having reached the absolute pinnacle of the sports world. But Joe never left Hazleton behind. The fact that he cares so deeply about his hometown community, and even more, the fact that he is willing to spend his time and treasure to affect positive change, is truly remarkable. Perhaps most important lesson here is that Joe Maddon is not a towering historical figure, not an MLK or a Gandhi, but a true everyman who is committed to making a difference and unwilling to sit back and let a bad situation get worse. The window of opportunity in a child’s life is quite short. Joe Maddon is doing everything he can in his community to ensure that the window never closes for those children. Joe has been one of eight people featured in the recent film “American Creed.” His work in the Hazleton community has been described as “visionary” and an example of what it means to be American.

HIP has also been featured prominently in several nationally broadcast pieces. Watch these features from Dateline NBC with Harry Smith and Vice News.

To Save America, Argue Better

Gen Z inherits a polarized political climate, but they're ready to engage

Kindness, compassion, and diversion—themes from 2020

An entrepreneur's approach to closing the racial wealth gap

Youth climate activist is empowering his generation to take a stand